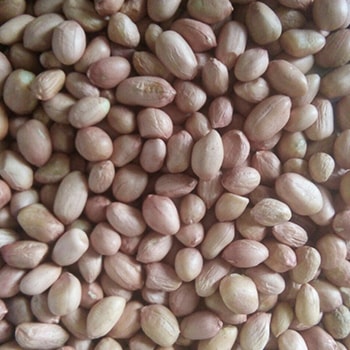 Groundnut is the major oilseed of India. It accounts for around 25% of the total oilseed production of the country. Annual production of Indian Peanuts and Indian Peanuts oil are around 5-8mln and 1.5 mln tons respectively. Peanuts Production is highly vulnerable to rainfall deviations and display huge fluctuation between years.
Regional estimates are Gujarat (1-3.5 million tons), Tamil Nadu (1million tons), Andhra Pradesh (1-2 million tons), Karnataka (0.5 million tons), Maharashtra (0.5 million tons) are the major producers of Peanuts.
Around 75% of the crop is produced in khariff (June – September) and remaining 25% in rabi (November – March). India exported around 100000 tons of groundnut oil in 2003-04 after 4 decades, as crop failed in Senegal and Argentina. Peanuts or Groundnut kernels are approx. 70% of weight in shells and kernels have an oil recovery of 40-42%.
China (2-2.5 million tons), India (1.5-2 million tons) is the major producers of groundnut oil, followed by Sub-Saharan African countries and Central and South America.
Global trade of Indian Peanuts or Indian Groundnut oil is to the maximum of 100000 tons a year. EU and US are major importers. Senegal and Argentina are the major Peanuts exporters.

Pure or natural Indian peanuts butter is made by crushing roasted peanuts into butter. We ensure the peanut oil does not separate from the butter by selecting the right type of raw material. Our client uses our Indian peanut butter as raw material for re-processing into other types of peanut butter.