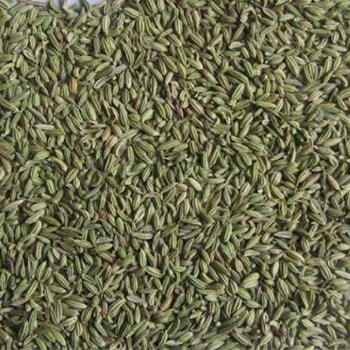 Fennel is both an herb and a spice. All parts of fennel plant are edible like the roots, stalks and leaves with the spice coming from dried seeds. A native to the Mediterranean, fennel is an ancient and common plant known to ancient Greeks. It spread throughout Europe via Rome. It is also grown in India, Australia and South America.
Fennel is a dried ripe fruit of a perennial aromatic herbaceous plant, which grows in mild climates. It is approximately 1/4 to 1/2 inches long and has a green food colour. They are oblong, elliptical, straight and slightly curved with prominent ridges. It smells and tastes like amise with slight note of camphor. It has long been used in India and China for its medicinal value and is used as a multi-purpose spice in food, medicines, liquors and perfume. It is also exported in the form of seeds, powder and volatile oil., bruises, chest pain and colic.